TWA and The Power of Branding 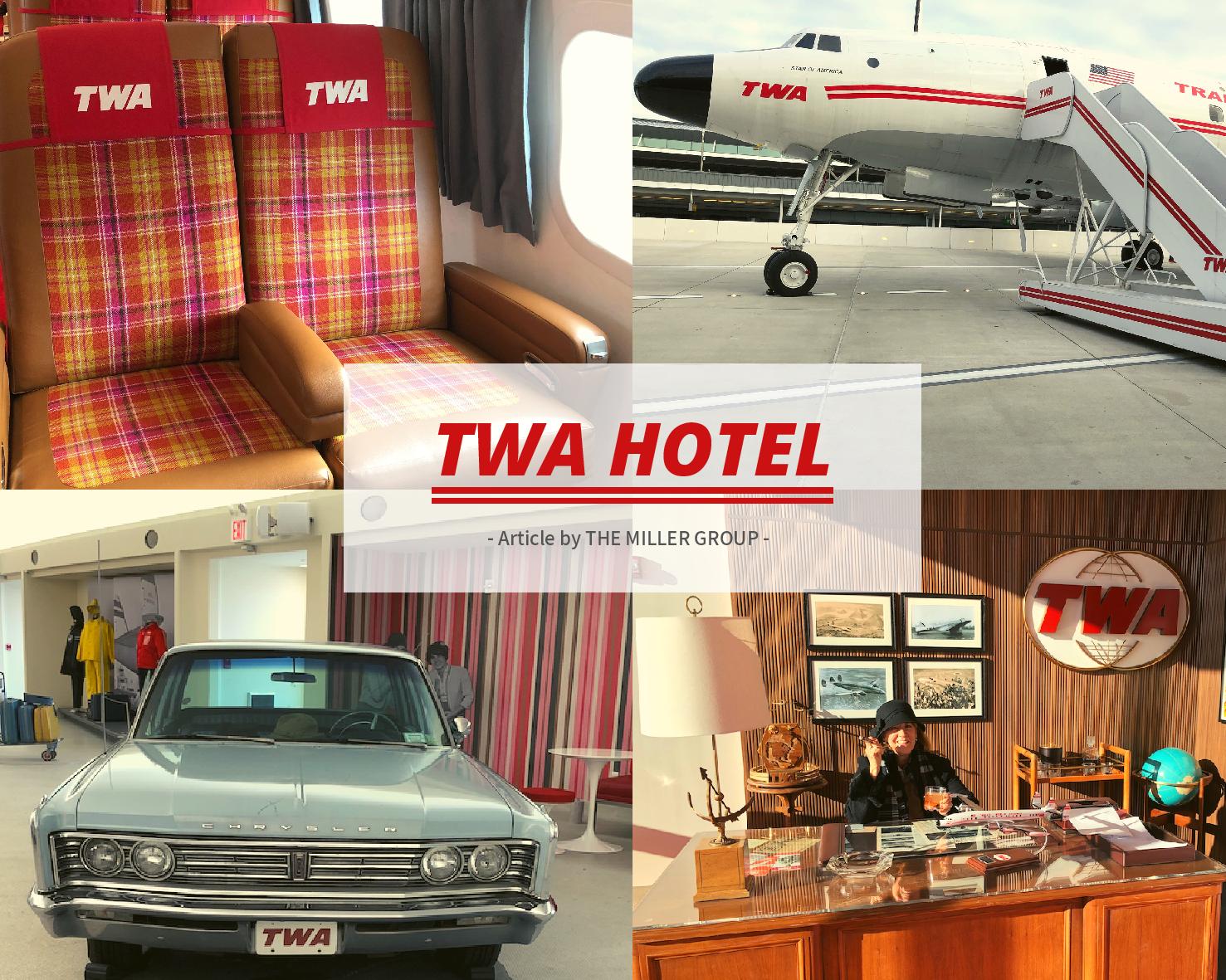 TWA and The Power of Branding

Is your corporate brand powerful enough to stand the test of time? Do consumers connect with it emotionally the way the do with brands like Apple, Nike, Amazon and Target?

On a recent trip to TWA’s newly renovated terminal across from Jet Blue at JFK in New York, it became abundantly clear that brands still matter – more now than ever. Trans World Airlines (full name for TWA) was a major American airline from 1930 – 2001, bringing glitz, glamour and adventure to flying. The company was involved with story telling and emotionally connecting consumers long before the Internet or social media.

Few brands have tapped into the corporate identity and mid-century modern design movement quite as stylishly as TWA during the “Jet Age” of air travel in the ‘50s and ‘60s.

Today, TWA has cleverly morphed into a bustling hotel with five bars and restaurants, an aviation museum, an observation deck and a cocktail lounge in a repurposed Lockheed Constellation L-1649A.  More than a hotel, it’s a destination, where visitors can purchase branded products and merchandise maintaining two consistent design elements:  customized typography and color.   Or walk through the display of flight attendants’ uniforms designed by some of the top fashion designers of the day – Howard Greer, Oleg Cassini, Ralph Lauren and a Jean-Georges restaurant called Paris Café.

Back in the day, TWA didn’t just sell tickets – they sold an experience.  Passengers were invited to sit back and sip martinis at 30,000 feet. From the moment the traveler stepped into the terminal until landing was marked by a unified story and user experience. This level of cohesive brand storytelling helped travelers connect to TWA emotionally which, in turn, became a function of driving revenue and business as a form of trust.

None of this compares to the brand storytelling captured by designer Eero Saarinen’s 1962 TWA Flight Center – from a fluid and open interior, to the wing-like concrete shell of the roof. Saarinen went beyond designing a functional terminal to a monument to the airline and to aviation itself.  From the brilliant red carpeting to the TWA logo-emblazoned departure sign, the Flight Center became the church of TWA branding and an aspirational nod to the future of air travel.

For heady brand and design aficionados ready to time travel to an era of brand storytelling at its finest, TWA is worth adding to your itinerary if you’re headed to JFK via Jet Blue. If you can’t make it there in person, here’s a recap of how to leave a lasting branding impression on your consumers: